League of Legends streamer Ali Gorgon “Gross Gore” Larsen’s moderators exposed for the second time in a private community investigation. On Monday evening, worrying tweets from TripzHD surfaced encouraging gang rape and sexual harassment. It is not the first time one of his moderators has been exposed for just this.

“Earlier this month we investigated a potential paedophile known as “markdhillpaul”. Shortly after our investigation was released publicly, Mark quickly removed his tweets, protected his account and was banned in Gross Gore’s channel. Following the positive feedback from the good that came from this investigation, we decided to investigate TripzHD – a relatively unknown member of the community who had said some questionable things in chat. ” – James 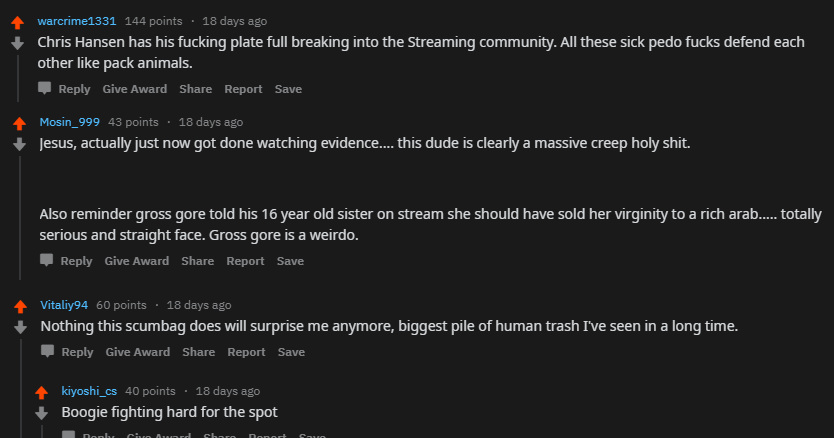 A quick look at the chat-logs shows TripzHD requesting moderator role on some of the first messages he’s ever sent in the Gross Gore channel.

Here’s where things get alarming: In this unearthed tweet, we can see TripzHD suggesting rape/molestation of minors. Following this are a chain of other worrying tweets he’s sent. After being called out in Gross Gore’s chat on Monday evening, TripzHD deleted & protected his tweets to prevent anyone from finding more instances of this sickening behaviour. 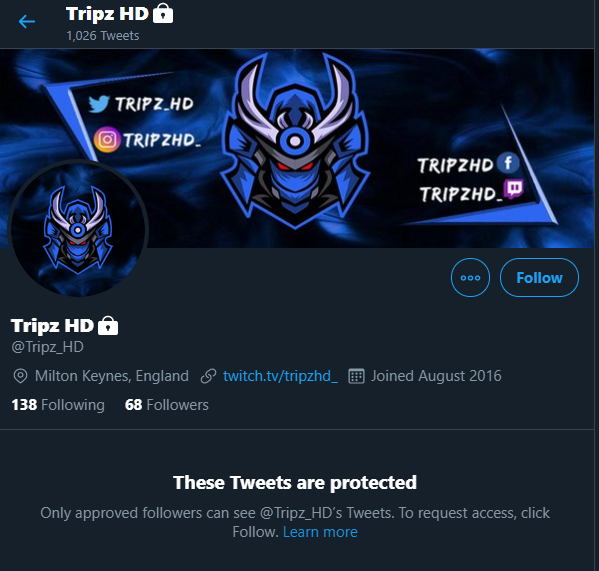 Gross Gore has faced criticism for his handling of sexual assault allegations in the past – and now yet another moderator has been exposed for similar conduct.

Below we discover many more of the disturbing tweets sent by the 22 year old.

“Im white dont fuck with me” – potentially a racist. 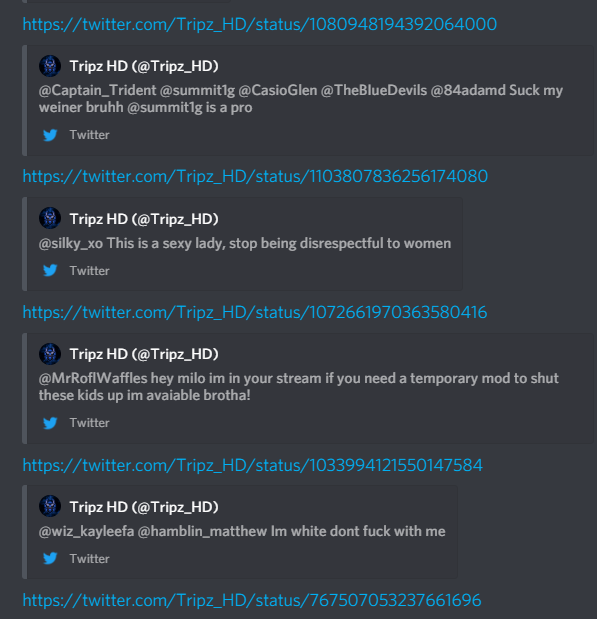 With these tweets in mind, we ask, is this the sort of person one would trust around children?

A simple YouTube search of this man’s username reveals something very concerning: he has been playing games with children whilst getting them to stream it to the platform as soon as 9 months ago.

TripzHD is seen playing Black Ops 4 on own YouTube channel around the same time of the streams, confirming that it is the same TripzHD playing with this child.

Even more shockingly, this young child’s titles include references to sexual toys alongside TripzHD’s username – odd behaviour to say the least. What sort of inappropriate things was TripzHD saying to this child?

“I am appalled once again that Gross Gore continues to recruit these dangerous individuals to moderate his channel. I am doing my part and reporting this man to Twitch, and potentially the police.” – Vibes, a regular viewer and subscriber

As of now, it is unclear as to whether Gross Gore will take action against this moderator, but more details are likely to follow when Gross Gore is aware of the full extent of the investigation.