A Twitch moderator from the League of Legends streamer Ali Cocksal Gorgon “Gross Gore” Larsen’s chat has yet again been uncovered to be a pedophile.

A YouTube channel by the name of EZZ came forward with a YouTube video investigation highlighting some of the outrageous messages, pictures and videos that his moderator “markdhillpaul” has been sharing online.

In this investigation, EZZ uncovers a large selection of pictures that Mark has been sharing of extremely young school girls, often with captions like “too hot”, “hot girl”, “sxxy asf girl” among other more disturbing remarks. 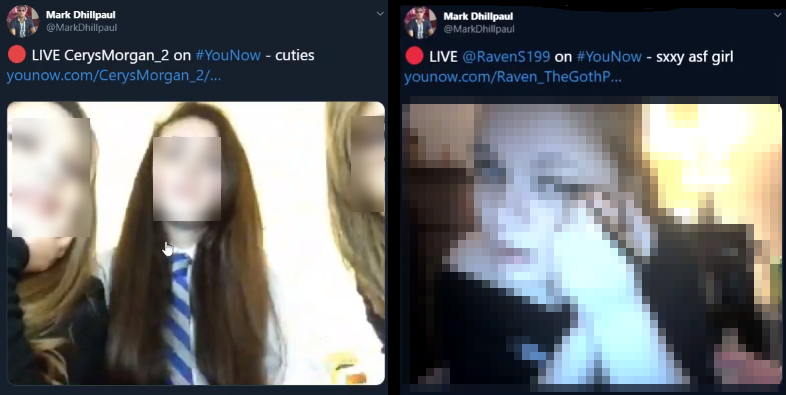 A few tweets mark has released to the public

It comes as no surprise to his fanbase, that yet again, a moderator is accused of being a pedophile. Earlier this year, about a month ago, an Anonymous user known as “Zenitholt” shared a collection of worrying messages sent by moderators, some of which are still confirmed to be active moderators to this day. In this picture, a current moderator by the name of “mummy4u” is encouraging racism & incest with his twitch account.

“There is no room for this type of behavior on Twitch.tv. This is a website aimed mainly at young audiences, and if Gross Gore likes moderating these people, he is directly encouraging and pushing this alarming and monstrous behavior.” – The Plan Editor (Hugh)”

A look at 2 Gross Gore mods

“I generally like to keep up with Gross Gore and interact with his chat. However, my experience has been ruined after finding out about this shocking display of behavior. The fact that I am forced to hang out with mods that are racist, encourage pedophilia or even inest is sickening.” – Casual Viewer (Vibes)

It remains to be seen if Gross Gore will continue to allow these people to moderate his chat channel that is very clearly being run by dangerous people.

The Plan Investigation – Another Gross Gore Moderator (TripzHD) Exposed For Being A Potential Paedophile
September 16, 2019